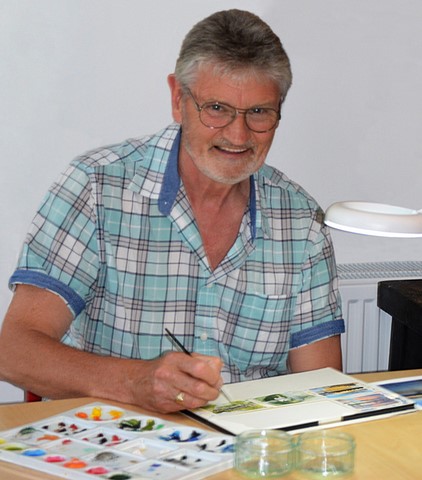 Poole artist, Peter Hayton has enjoyed drawing with pencil and pen & ink and painting in watercolour since his childhood.

Many of his pictures can be found in places as far away as Canada, Norway, Holland and Australia.

Peter lives in the Dorset coastal town of Poole and his love of the sea, through diving, sailing and power boating, has inspired a lot of his paintings.

The scenes he paints are mostly based around Poole Harbour, the Dorset Coast and the Solent but as time progresses he hopes to include other coastline scenes and marine subjects.

Sunsets and Sunrises are one of Peter’s passions. He can often be found sat on his boat in Poole Harbour, or off the coast, waiting for the exact moment to snap them up in all their glory. Peter finds them the most evocative of all the things he paints and gets a real thrill in watching them come alive as each wash is laid onto the paper.

As well as his seascapes Peter is now being commissioned more and more to paint clients’ boats in action. Working from his own photographs, often taken at 26 knots plus, he loves to capture the excitement of the moment when the boats are racing along at speed.

Such is the demand for Peter’s work that a growing number of his paintings and drawings have now been put into Limited Edition and Open Edition prints. 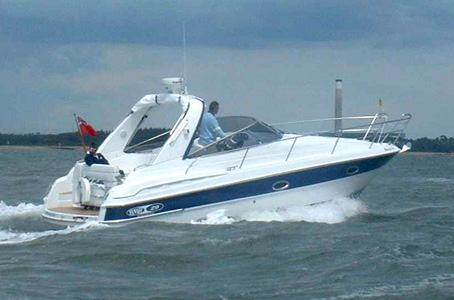 Peter & Anne on their boat, ‘Work of Art’

Peter and his Wife Anne were filming and photographing in the Solent for a painting.